Is your behaviour yours? 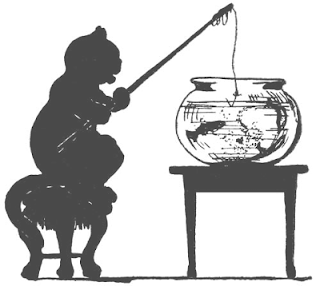 One of the most important and far-reaching developments of the twentieth century has been the scientific formulation of human behaviour. Its systematic analysis in terms of cause and effect continues to have an impact on all of our lives because in broad terms it works.

This is why the UK government has a Behavioural Insights Team.

The Behavioural Insights Team – also known as the Nudge Unit – is now a social purpose company. It is partly owned by the Cabinet Office, employees and Nesta.

In general we respond to external stimuli in a fairly predictable manner if our response is positively reinforced. Once this is known as it has been known for many decades or even centuries, then between genes and conditioning there is little room for free will. What little mystery there was has gone forever.

As we are exposed to global political trends, we are increasingly conditioned by them because many important trends have been designed to reinforce officially approved behaviour. There is nothing accidental about it. We usually accept what we can’t change and almost always accept what is beneficial or what has become familiar. It’s how we are made and how mass manipulation works.

In addition, something which has been said many times is that modern lives in the developed world are luxurious. Most of us are healthy, wealthy but perhaps not wise if we compare ourselves to ordinary folk only a few generations back. We have more freedom too, but we also have our own problems looming just below a complacent horizon.

By far the biggest and most fearsome is the slow but apparently inexorable drift towards global government. We are being conditioned towards a vanilla-flavoured humanity where having a nationality, a culture or even a personal philosophy will eventually become unusual.

Global government has been a dream of insane megalomaniacs and the terminally naive for some time, but whatever its defects we seem to be stuck with it as a slowly evolving reality. The prospect is not a jolly one.

Nations which play by the same rules but do not set those rules are not nations. Cultures which abide by the same norms but did not evolve those norms are not cultures. A personal philosophy absorbed from the same global trends is neither a philosophy nor personal.

Nations, cultures and individuals just disappear.
Posted by A K Haart at 20:40

Just waiting for the Department for Pre-Thoughts.

Some time ago I came across something called MindSpace. I looked it up and found that it is a Government policy to connect legislation to changing personal behaviour. This wasn't somebody's opinion, it is published on line by the Cabinet office and is signed by the Cabinet Secretary. I, too, am horrified that we seem to be headed in the direction that people's thoughts and behaviour will be controlled by whichever authority happens to be in the ascendant. Thank God that I am 84 years old and soon to leave all this hideous nonsense behind.

James - I think we already have it.

Henry - it is bound to grow too. I'm sure this kind of manipulation is seen as the civilised way to control people without making them unhappy.

I respond to the behavioural insight team's nudges by either ignoring them and carrying on regardless, or by doing precisely the opposite of what they want. Works for me ;)

Longrider - I do too. I'm almost tempted to take up smoking but never acquired the taste for it.

It' s ongoing, insidious and there's no off switch.
We have gone through decades of infantilisation, you can't do anything or think anything for yourself all has to be directed and proscribed by big nanny.
The greatest problem is below a certain age all this is accepted as normal.
If you go on any of the social media sites, face book et al, they're all vacuous emotive and nudge driven, how good am I to post this and how evil are you if you don't agree with it.
I don't no where or what the engine is that's driving it but it would appear that the desired outcome is a compliant and obedient populace of financial units to be monetised to the greatest extent.
I'm sure that TPTB will breathe a great sigh of relief when the last of the older generation, who can think for themselves, die out.
My only hope is that the up and coming generations will hate the society they seem so determined to help make.

Fly - I agree, there is no off switch and only the older generations appear to see it. People can be conditioned to be happy if physical discomforts are mostly dealt with and at the moment that seems to be the future.