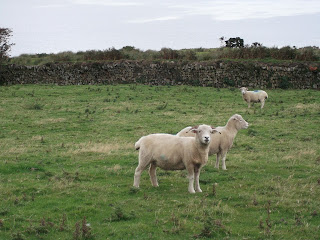 Hippolyte Taine is scathing about the French electorate as it became when the franchise was extended after the Revolution. Harsh words, but the modern reader must wonder how much improvement there has been since then.

...a collective being in which the small intelligent, élite body is drowned in the great rude mass; of all juries, the most incompetent, the easiest duped and misled, the least able to comprehend the questions laid before it and the consequences of its answer; the worst informed, the most inattentive, the most blinded by preconceived sympathies or antipathies, the most willingly absent, a mere flock of enlisted sheep always robbed or cheated out of their vote.

If you had not informed us of the source I would have naturally assumed the quotation is pretty well an exact description of the British electorate today!

As an avid follower of Shaun the Sheep, all I can say is Bah. Whatever that means.

Graham - that's what struck me. Nothing changes.