The road to Sheffield

Had a fine walk across Beeley Moor today. We reached the moor via the adjoining and delightfully named Gibbet Moor above Chatsworth. Imagine trudging across high moorland on a bitter November afternoon only to have a moorland gibbet cheer you on your way.

Beeley moor is like that even though the gibbets are long gone. At least I think they are. The moor is attractive in summer but even then there is something a little grim about the place. An extraordinarily atmospheric area even on a clear day. I love it.

Today the heather was out in force and the views excellent with very good visibility. Not easily captured on a photograph though - the superb expanse of it under a vast sky. 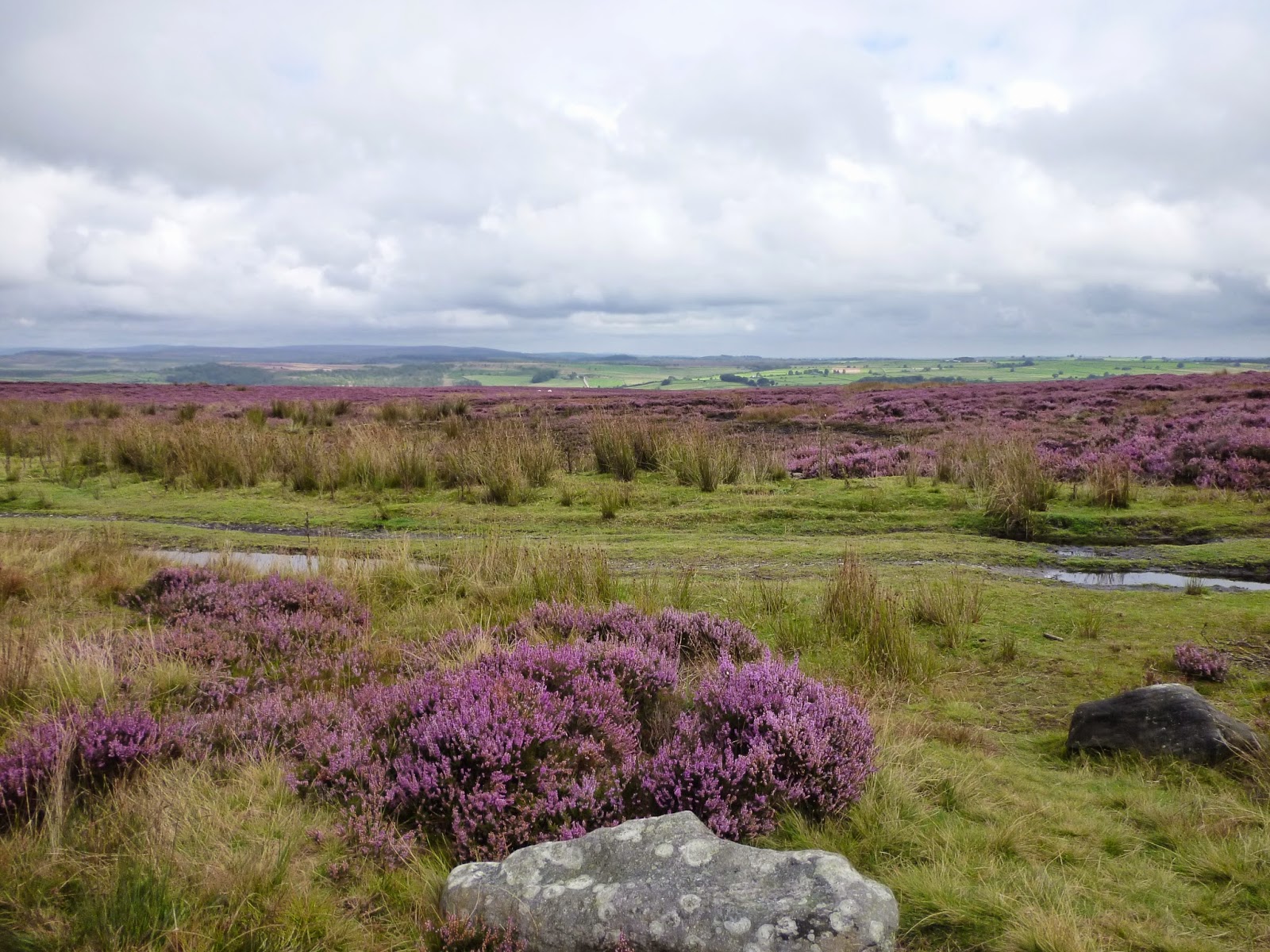 The moor is steeped in history from Hob Hurst's House to a number of old guide stoops such as this one directing travellers towards Sheffield.

These stone guideposts, or 'stoops', were set at intersections of packhorse routes, were required by an Act of 1697. Beeley Moor is particularly rich in examples. They fell into disuse in the second half of the 18th Century as Turnpike roads superseded the old packhorse routes. 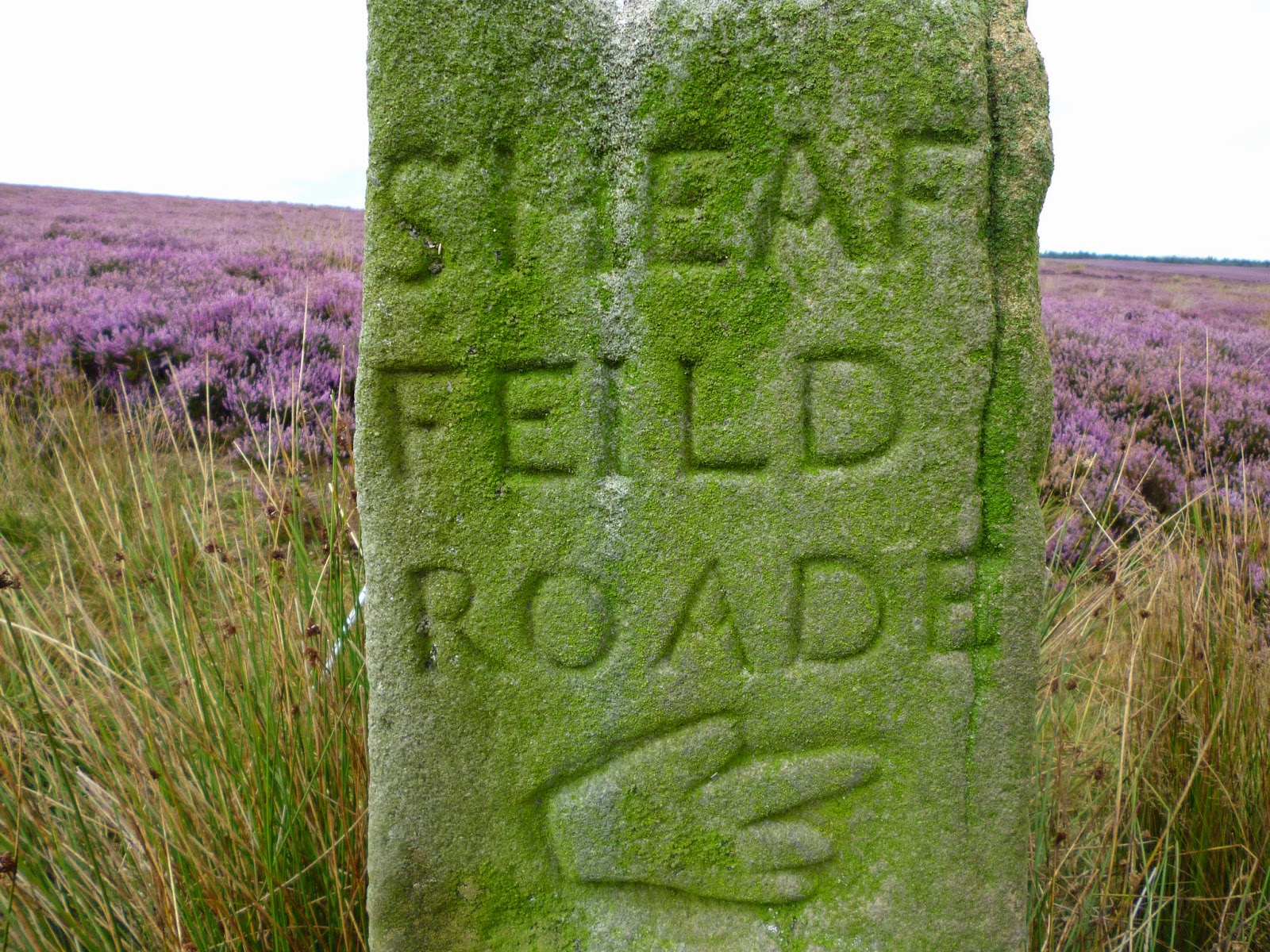 Is that a local hand I wonder - with three fingers?
Posted by A K Haart at 19:58

Email ThisBlogThis!Share to TwitterShare to FacebookShare to Pinterest
Labels: Derbyshire

Used t'live beside Moorland. Know that of which you write.

James - yes there is something unique about moorland.