We may as well adapt 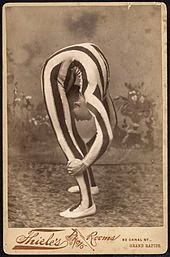 From the UN downwards, it is professional bureaucrats who rule now. The old political regimes are dying and there is no going back. Ambitious politicians aim to join the regulatory elite, having no need to make a genuine success of their political career.

That is merely a stepping stone to something more durable and lucrative such as a comfortable EU sinecure. A sinecure purchased by handing over some remaining bits and pieces of political independence. Soon there will be nothing left to barter with. What then?

Yes we could vote UKIP at the next UK general election, but it won’t make any difference in the medium term, let alone the long term. There are no political solutions to a process over which political control was ceded some time ago.

All we have left is a certain limited amount of input to regulatory regimes, but no veto and no power to go back to politics as it was. In any event, the vetoes we have left are disappearing down the plughole of our own political carelessness.

How should we respond?

As far as I can see there is no worthwhile political response to be made – things have gone too far. We made too many concessions and regulatory regimes provide too many comfort zones for the rich, powerful, ambitious and above all – for the regulators and their minions of which there are millions.

Nobody can be persuaded to bang the table on our behalf because we have nothing to offer in return. Most of us are not regulators so our views are not relevant. Only our behaviour is relevant and that is being moulded.

It seems to me that all we have left is a limited degree of free speech, but that too will change. New regulatory powers will ensure that the range of officially offensive comment is widened and widened again.

We may as well adapt because regulatory regimes are not about to change their ways. We have nothing left to force their hand.
Posted by A K Haart at 15:37

When I were a lad a "regulatory" regime were the local County or County Borough Council. They were elected and you knew who and what they were. And, usually, where their money came from. It may not have been tidy or "efficient" but it worked quite well,

It's possible that in most areas of life, politics never had much of a real impact. Business empires and religious institutions used to regulate our lives, and politicians - then, as now - cavorted about pretending that they were making things happen. The difference today is that enough of us are educated to the level where we can actually analyse and reflect on the regulation, whereas in the past most of us were benighted by ignorance.

Er, no, actually I don't know exactly what we can do about it but perhaps we could make a start by putting our tongues out at every bureaucrat we come across.

And, yes, it's that sort of razor-like thinking that has got me where I am today. I thank you!

Demetrius - good point. It was local and by the standards of today, pretty independent.

Sam - I agree and have a post ready on that very subject.

David - I think we are putting our tongues out by blogging and jolly good fun it is too. The post wasn't intended to be overly pessimistic because I think there are causes for optimism too.

Your suggestion of pulling out the tongues of bureaucrats is severe but effective. I would write more but can't find my reading glasses.

Perhaps the drift away from 'leaders' to penpushers reflects a change in society. We have gone through the warlord - king primeminister/president bit but are now living in a larger world where nation states and itty bitty parliaments are less functional than before. Rather troubling, I like the idea of locally accountable politics but business is global. A thought-experiment, one idea might be to abandon Westminster and push our MPs to interact directly with Brussels. Be nice to see a Yorkshire name tab at Strasbourg. The present shower are inadequate to the task but with something useful to do better people might come forward. Rather leaves Cameron with n'owt to do but sit with his finger on the nuclear button.

Sackers - it's severe but traditional and I think that's the main point.

Roger - "better people might come forward" I think it's possible too. Straws in the wind, but I do sometimes wonder if things could actually improve if as you say, the right people are attracted.