The effort of dissent 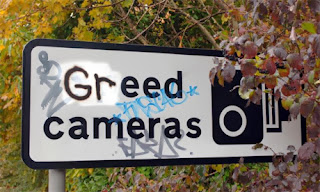 Assume if you will that all we do most of the time is speak in a manner which has previously proved beneficial or similar to other beneficial ways of speaking. That goes for thinking too, because thinking is only covert speaking.

We follow the consensus – the path of least resistance – the comfort zone.

Not only is it the path of least resistance, but also the path of maximum personal benefit, which for social beings is often much the same. So what we say is merely a consequence of the social benefits of saying it. If it wasn’t beneficial we wouldn’t say it or even think it. It all depends on the social group we're attached to of course, but it feels like an obvious survival trait.

Yet even if we stick with verbal dissent, there is surely a major oddity here.

What about those people who go against their own interests by showing dissent? Most merely withhold assent, but even passive dissenters forego the benefits of overt assent.

Somehow a love of truth is so powerful that verbal dissenters put aside the social advantages of following the consensus. Sometimes it isn’t really a consensus at all, it just seems so because most people prefer passive dissent - the path of least resistance.

Surely we would expect humans to be neurologically disposed to make as little mental effort as possible consistent with survival strategies. We should be neurologically wired to follow the consensus because it is socially efficient to go with the flow – once the flow has been established as safe or otherwise advantageous.

The other oddity is that many active dissenters seem unable to stop dissenting. They can’t shrug their shoulders, switch off and go with the flow. They may switch off temporarily, but even that feels more like cranking up the dissent battery for another discharge.

It’s as if the human race needs active dissenters to anticipate threats below the consensus radar – beyond the comfort zone. Threats which need not be taken on board, or even acknowledged unless the consensus fails in some way.

It also highlights the social value of passive dissent which may build up a covert readiness for change, so inevitable change is easier and less painful than it otherwise would be. In which case, large-scale passive dissent may be a forerunner of major social change.

Yet the effort required for active dissent is still a puzzle. Why do some people put so much effort into socially unprofitable thinking? I know you do it, because otherwise you would not have read this far.

Perhaps it is the connection with an ideal world, cf. Sir Philip Sidney's defence of poetry:

Only the Poet disdaining to be tied to any such subjection, lifted up with the vigor of his own invention, doth grow in effect into another nature: in making things either better then nature bringeth forth, or quite anew, forms such as never were in nature [...] Nature never set forth the earth in so rich Tapestry as diverse Poets have done, neither
with so pleasant rivers, fruitful trees, sweet smelling flowers,nor whatsoever else may make the too much loved earth more lovely: her world is brazen, the Poets
only [i.e. only poets can] deliver a golden.

Dissent often means making yourself unpopular, notably with bosses and then getting no thanks for it. I still have vivid memories of giving a talk locally about the UK economic situation in the 60's only to be accused by the boss of lack of patriotism close to treachery and failing to understand how prestige was the ultimate thing. My view that UK prestige depended on its economic power was another form of treachery. When a few days later Wilson devalued the pound he never spoke to me again and was all too eager for me to find another job.

Sackers - oddly enough a Kindle edition of Sir Philip Sidney's works is in my current list of Amazon recommendations.

I'm sure the issue is connected with ideals, but not those ideals some people manage to confuse with their allegiances.

Demetrius - I wonder if one way or another, your views would have become known anyway. I think we give hints, however circumspect we think we have been.