Are we getting smarter? 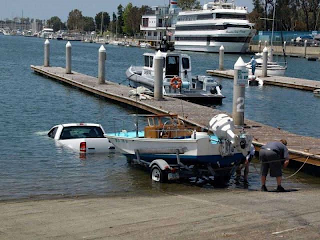 In one sense I have multiple personalities...

What I mean is that I can be both pessimistic and optimistic...

Shut up - it depends on which aspect of a situation I choose to look at.

An earlier post on the demise of politics may sound pessimistic, but I think there are a number of other trends suggesting optimistic possibilities too. Sometimes I think human intelligence whatever it may be, is increasing. I jibbed at the idea to begin with, but then I asked the simple and apparently rhetorical question – why do modern politicians appear to be so dumb?

Well maybe they are dumb and that’s all we need say about them, but I think there is something else going on here.

We may be getting smarter.

Yes. Maybe it’s the effect of mass communication over a number of generations. An incomplete social change kicked off by the invention of printing, pushed along by cheap books and now coming into flower in the form of the internet.

We have caught up with the elite.

No we haven’t, the cunning bastards are way ahead of us.

Maybe not. Universal education may have played a part, but in my view the main thrust has come from free access to information.

It’s why so many of our leaders appear to be insanely ambitious dullards, why so many business leaders come across as absurdly greedy spivs and why so many of our institutions are little more than sinecures for the upper middle classes. They haven’t changed – we have. We know the score – we are not so easily gulled by social pretensions.

The elite classes have tried to disguise their social pretensions by dressing down. No more top hats, walking canes and cut glass accents for example. Language is now roughened by glottal stops, slang and a prissy determination to be the very epitome of a reasonable chap while spouting the most absurd drivel.

But it isn’t working.

Yes it is you blinkered optimist. I was going to say blind optimist but...

To my mind it is connected with assent. Spinoza saw assent as our route to a kind of free will where assent to ideas or we don’t. Often we don’t show active dissent, we merely withhold assent.

Have you ever been in this kind of situation for example?

What, being ignored by a blinkered optimist?

Someone in a small group raises the subject of royalty by enthusing about the latest royal baby. Nobody else in the group feels inclined to jump up and down in a republican rage, but nobody offers their assent either. After a few stilted moments the subject closes and the discussion moves on.

You have to attend a course on motivation which requires a minimal degree of active involvement because the presenter simply zings along with a mildly infectious if somewhat artificial enthusiasm. So you go along with it without showing much in the way of dissent even though to you it is all water off a duck’s back.

Agree with you there - can’t be bothered with motivation.

Quite, but I’m sure there has always been a huge amount of passive dissent in our society and many hints encourage me to think it is on the increase simply because we are smarter than we were. Not much and not dramatically, but it’s there.

Nobody really believes in apocalyptic global warming caused by CO2, I’m sure of it. Not even climate scientists. There are no cars tootling along the M1 at 55mph to save fuel, no indications whatever that anything but price matters when it comes to energy policy. It matters to the elite and a tiny minority of activists, but that’s all.

This is an informed yet passive withholding of assent by a large number of people and I think the number is growing. Not rapidly and not all that obviously because it is merely passive dissent, but we may be smarter than we were and something may yet come of it.

Superb post. Back on top form, AKH. Your bit about having caught up with the elite is something that has been lurking around in my mind, but never in full sight. I would appreciate your further thoughts on it some time soon.

I also think that the meritocratic elite are no smarter, just more driven and needy. In fact, being "smart" might just be due to being arsed to do something.

Sam - thanks and yes as you say, some of it is little more than being driven and needy.

Pathetically needy really. We see it now where once we didn't.

Top form yes but are you blogging again or is this out of the blue, AKH?

James - blogging again but only if I have something to post. At the moment it's most days, but there will be lulls.

Interesting. I tend to think most people want a quiet life, as long as it doesn't hurt they will go along with the prevailing situation or opinion, as you say water off a duck's back. That is until it gets painful, and increasing numbers of people are reaching that point.
As for the AGW nonsense, this is an example. Initially the stakes were low so it was easier simply to go along with it. As more people rebel against the idea they find it's still easier to pay lip service than admit failure so it becomes a self-supporting hollow sham.
You could argue that the Church of England is a similar hollow shell - yes many people are Cof E but few go to church so are they?

Of course if you send your kids to a v good school and make them do homework and take them to Klosters from age 7 and teach them which way the port goes and fix them a job in a good firm then there is a fair chance they will come out confident, capable and a bit arrogant. Ideal to keep the system going.

Now we find that all this greenery is strictly optional, if it loses votes then sod the planet, problems if any are a good 5 Parliaments away. If the sea levels rise - well tell the plebs they are silly billies and no, we will do sod all about it - no problem in the Cotswolds old boy. Tough about the costs though.

Yes, there is a great despising in the land.

Woodsy - the CofE is a good example. Maybe many are still believers but just don't like the institution.

Roger - Socrates still had to drink that hemlock.

"Yes, there is a great despising in the land."

We have gone from eras of information scarcity to information excess very quickly. By excess I mean all the wrong stuff, badly thought out stuff, lies and misinformation that is mixed in with the reliable.

Demetrius - we have and we need to sift it, but by sifting it I think we learn that institutions and governments are not our friends.

Until it's regulated (stamped on) the internet is the gossip clearing house like the market places and pubs once were. When all the media are controlled, or the people are distracted with intoxicants and games, skepticism will decline.

Sackers - I think there will be a race between control and transparency and so far transparency is winning. Early days though.