All our own work 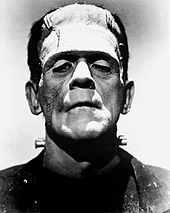 David Miliband’s recently announced departure from UK politics has been widely summed up as good riddance. Julia Gasper is one of many telling us why.

Yet his South Shields constituency party selected him as their candidate and the voters of South Shields duly voted him into Parliament.

So although our MPs are by and large a venal shower of duplicitous self-serving toads, anyone who tries to make sense of these matters must wonder why they were ever elected. Are we voters to dimwittedly tribal that we vote for a useless, inexperienced nothing such as Miliband rather than abstain or vote for someone at least marginally less ghastly?

Yes we are – obvious conclusion.

So unfortunately it isn’t a puzzle at all. We really do get the shower of wasters we deserve because we voted for every single one of them and there are only slight indications of a feeble but distinctly minority willingness to upset the apple cart. Even that puny gesture seems to be mostly hoovered up by UKIP.

So who are the loons in all this? We are.

We allow them to tax the pants off us and fill the boots of their cronies.

We allow them to lie to us about climate change while old people die of cold.

We allow them to boss us around, spy on us, interfere with our children’s education, force us to pay for state television and so on and so on.

It’s our fault – it really is. We’ve allowed a system to evolve which naturally attracts professional liars and done nothing about it. We vote tribally and they use our stupid tribalism against us.

Nope, nobody I've ever voted for has gotten in. Don't blame me, and I'm thinking of giving up voting so I'll be even less implicated.

Yes. I get the feeling that austerity is making the political class a little more realistic. Not so easy to cover up incompetence. Give austerity another 20 years and they might actually be useful (ish).

Sackers - sounds as if you are in a safe seat. Can't see the point of voting in those. It's strictly boat rocking with me, not that it does much good.

Roger - yes, reality bites good and hard as we see with austerity and global notwarming. There's an uncomfortable message in that.

'Career' politicians, with enormous subsidy from public funds just need a big bash from the public, but the sheep who vote for the stupid idiots also need a clout as well!

I just cannot understand why anyone votes for these people, when they have absolutely no idea of what it's like to have a real job making or selling things!

Scrobs - I think we have to accept that many voters make little or no effort to be effective voters. They just vote by rote.

£300K pa for running a government 'charity' can't be bad.

Meanwhile by being "across the water" he will avoid being contaminated by Eds balls ups and thus be available for a grand return to save the nation in about 4 years time.