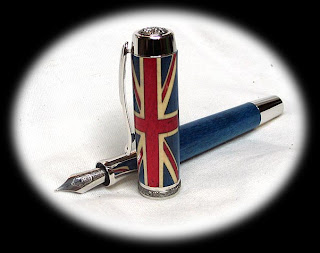 In politics, extremes seem to be a matter of distance. An extreme political position is necessarily distant from your own. There also seems to be a consensus aspect – the larger consensus sees the distant, smaller consensus as extreme. It’s relative.

So if it’s relative, what about drifting towards an extreme consensus? With no fixed points, do we tend to drift towards political extremes? Of course we do. What’s to prevent it? Our innate good sense?

It seems to me we’ve already drifted. The current situation in Britain seems extremely distant from what my father fought for in World War II. To me we have drifted into an extreme political consensus we would once have seen as decidedly un-British. I use the rather archaic term un-British here to highlight the obvious fact that Britain isn’t what it was only a few decades ago.

Have we become un-British?

Well our hard-won right to go to the polls is now largely useless because we are unable to vote for political ideals. Remember them?

Bureaucracies don’t recognize ideals. Political ideals, extending the franchise, better working conditions, better living conditions, educational opportunities, the brightest having a chance of going to university whatever their background. All that gave an agenda to fight for. A university degree was worth fighting for - not so long ago.

Within my lifetime, the fight over political ideals seems to have faded away into a matter of administration, and presentation – trivial non-issues masquerading as serious. A battle which ebbed and flowed for centuries has sunk into a strange kind of communal anxiety relieved by bread and circuses.

Maybe we thought democracy was superior to dictatorship and the good guys would win in the end, because that’s what we were always led to believe after World War II. We never for one moment thought democracy would prove such a thin and ephemeral illusion. We even believed in the permanence of being British.

I’m not so concerned here with what it was to be British, but with the fading away of whatever it was. I’m not even claiming it was worth fighting for, merely contrasting it with what we fight for now.

Something similar to this point has been presented in a number of different formats over the last few years.

A lot of the old political idealism was about social class. (For me, it was largely about my attempts to get out of a shit-awful class into a better one!) Affluence and mass communication has meant that the old divisions in politics are less sharp. We all want the same rubbish, and we can get an app to provide it...

And our membership of the great European adventure means that there is virtually no room for premiers to define Britishness in anything other than superficial cultural ways that nobody actually believes in. Add a few million recent economic migrants, and Britishness becomes very hard to find.

Many, of course, would say that was part of the plan all along. We must make Germany bland and enslaved to consumerism, but for it to work we must accept the same for the UK.

I don't know if I would actually have liked Britishness. I suspect not all of it. But I now think of it as being (back to Calvino's Invisible Cities) discontinuous, scattered, and elusive.

Over at Stumbling and Mumbling is a good reference to the work of Alasdair MacIntyre which touches on political philosophy and its inevitable descent into interminable and irresolvable argument.

A R4 interview with a chap from Intel summed up the position - 'well er making stuff - no, we have other places that do that, here in the UK we set up labs to invent stuff ' (I have paraphased a bit). The essence is the UK is a nice place to invent stuff, but the big employment takes place elsewhere. The politicians and administrators are stuck with that reality. There is now no money and their squabbles are over more and more trivial matters. "Pull up the ladder Jack" is their watchword and naked greed hidden behind 'commercial confidentiality'.

Needs must if Tabitha is to have a new pony.

Sam - "We must make Germany bland and enslaved to consumerism, but for it to work we must accept the same for the UK."

I'm not sure if there was a plan or not, but if so that was probably it.

Roger - I suspect our inventiveness is on the wane because Tabitha's parents don't understand or value it.

Well our hard-won right to go to the polls is now largely useless because we are unable to vote for political ideals. Remember them?

James - it is and the frogs need to hop out of the pan before the lid goes on.