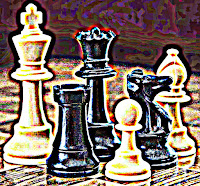 A core problem with Brexit is that hardly any members of the political class seem likely to emerge with any credit. Even worse, hardly any of them seem to know how to extract a residue of credit from the situation. As if they are new to the political game and don’t know how to play it, don’t know what counts as winning or losing, don’t understand what spectators expect from them and why.

The Brexit referendum turned certain political options into blunders because the result is what it is and cannot be denied. Remain lost the referendum and a lost game is a lost game. The only professional move is to accept the loss and move on. Competent Remainers could accept the referendum result, help implement whatever is the best option then work for a closer relationship with the EU. Fair enough but this hasn’t happened and the only conclusion one can draw is that the Parliamentary players are incompetent.

That is not to say that they are incompetent in the pejorative mud-slinging sense, but in a basic professional sense where players know which goal is theirs, understand what the lines on the pitch signify and why spectators turn up.

That’s the problem, the insufferably tedious nature of Parliamentary incompetence. Everyone understands winning and losing but far too many MPs appear to think like children where losing is deemed to be impossible or the rules of the game must be altered to make it impossible. Most of them shouldn’t be there. They can’t even play the political game to a reasonable standard.
Posted by A K Haart at 18:41

Yes, they just don't understand. It might be that we always had that class of idiot in Parliament, and they have only now been revealed by the difficult problems we face. Hitherto, they just bumbled along because nobody really disagreed and there was an unspoken consensus to keep the show on the road. I think the remainers are outraged and bewildered that people are seeing through the charade.

Sam - yes it certainly feels like a charade and as you say, maybe it always was. The EU feels much the same, as if government power has diffused away into an uncountable number of nooks and crannies.

Bureaucracy, laws and social norms are all so complex and convoluted nowadays that I don't think anybody knows what they are doing or exactly what is legal any more. Parliament is the top of the pyramid, our MPs are mostly all clueless about democracy, convention, honesty and probity and will use any loophole or pseudo-argument they can to persue their individual (and as you say, often childish) plans and throw tantrums without a thought to the unintended consequences.

Woodsy - yes it is too complex and to some extent what is legal seems to depend on power rather than the law. This was always the case of course but complexity seems to be making things worse.