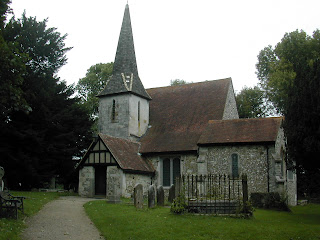 Many of us are baffled as to how gay marriage in church became a mainstream issue for Prime Minister David Cameron, who is after all leader of the Conservative party. This we tend to feel, should ensure he steers clear of matters which do not require government action. Not a fashionable attitude for governments to take these days I admit, but still worth a mention.

So why gay marriage? I’m sure there are three significant strands to the issue, none of them particularly encouraging.

Firstly, Cameron must have been assured that the move is a good one politically, either internally within his party or externally with the electorate. Or both.

Unfortunately he is not one to commit political suicide, so in his view this issue isn’t suicidal. The advice he has undoubtedly been given may even be interesting, but at the moment we don’t know what it is. However risky we might think the issue is, I am sure Cameron and his advisers think otherwise and their thinking may well be based on some kind of research or political soundings.

Or just a light chat over lunch after a pleasant morning's ride over the moors. I'm sure he wouldn't split his party casually, but who knows? One can never be sure how soundly based these things are.

A hoped-for political gain could be a nod and even a frosty smile from the chattering classes, which in Cameron's eyes would surely be enough to offset any possible criticism from the lower decks. Although democracy has been called a tyranny of the majority, the aphorism is more myth than substance. Minorities run democracies.

Secondly – legacy. The gay marriage issue may be one of the few areas left where Cameron feels he can make some impact during his far from sparkling tenure as PM. Maybe his reasoning goes like this.


Thirdly - Cameron and his advisers may be fools - hardly an improbable possibility. After all, this guy failed to win a majority when up against the tired and tottering government of Gordon Brown.

We often have to guess at these matter, because honesty is not woven into our political cloth, but all of these factors may be significant. Whatever advice Cameron has received and however sound the research behind it, the issue still has obvious political risks - such as splitting his party just when UKIP is getting uppity. Yet the very fact that he is seen to take that risk may also be a political positive for him.

The legacy issue is more speculative, but powerful people are motivated by a need to live on, a desire not to be extinguished from the pages of history as so often they deserve to be. How far Cameron is motivated by this I have no idea, but I suspect it is not insignificant. Do such thoughts cross his mind late at night, as he sits by the bed in his Chuggington pyjamas - wondering what people will think of him in the years to come?

As for traditional conservative or Conservative values – I don’t think they come into it apart from their role as variables in a political calculation.
Posted by A K Haart at 06:00

All of that, AK, but don't ever underestimate good, old-fashioned stupidity!

Gay? - it's de rigeur in politics and a battle not worth fighting for Cam.

I have poked fun at the Churches but I rather like them really. Decent architecture and craftsmanship, a quiet place to ponder, the smell of wax and wood preserver. I see them as a sort of Social Services for the spirit attending to those moments in life when some small ceremony is called for.

I don't suppose God cares much if the vicar or the celebrants are gay or not - and Church dogma is a flexible affair - heretics, slavery, undeserving poor, just and unjust wars all have found their place in the pulpit. Who knows what next year's anathema will be.

Firstly, do I recognise that Church? Please, where is it? Secondly, it really is a dreadful muddle. What about all the very many non-sexual long term partnerships, vital to some, that are excluded from the legal benefits of "marriage". Why should not two elderly sisters living together for mutual support not have a legal partnerships arrangement for the relevant benefits and probate protection?

Roger - I don't go to church so it's outside my competence and I've chosen to look at it from a purely political angle. However, I don't like politicians using issues like this - I don't trust their competence either.

Demetrius - I did a post on it a while back. http://akhaart.blogspot.co.uk/2012/01/chaldon-wall-painting.html

It's the Church of St Peter and St Paul, Church Lane, Chaldon.

As I've said in answer to Roger, the issue itself is outside my competence through lack of personal experience, but I mistrust Cameron, his intentions and his competence.

Quite apart from the issue itself, this is obviously provocation from Cameron for political purposes. I can only assume he wishes for a split in the party, with him hoping he'd have a majority if the Labour moderates and LibDems came over.

That would, he hopes, strand the right into a 20% rump mumbling in the corner. The problem is that much of what is being said up and down the country is currently aligned more with the right than the centre. He'd be in for a shock.

James - yet I don't see Cameron as much of a risk-taker. Interesting times.

Dave's promise that churches can refrain from carrying out gay marriages if they wish has already been deemed illegal by the ECHR in a French case.
Once a state allows gay marriage in church then a church can't refuse a gay marriage.
Like the minmimum alcohol pricing, votes for prisoners etc it's not up to the UK to decide anymore.
But they all know this and are taking us for fools.
Which most of us and the media certainly are.
Sad but totally fruitless trying to tell anyone this as they assume we're in charge of our own affairs. Rather than the EU.

Then of course there is a 4th.
Dave is continuing the NWO/Gramsci/Frankfurt School/Common Purpose decommissioning of the old order.

Lord M - I didn't pick up on that, but the whole issue feels like preparing the ground for legal challenge.

banned - yes it's certainly an attack on the old order. Why Cameron would take the risk though - I don't quite get that.

Because he wants his ride on the EU gravy train AK.