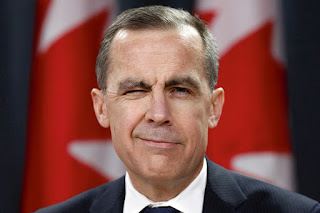 As you must know, selecting Dork of the Year for 2016 has not been an easy task due to an unprecedented number of people with Qualifying Dorkworthy Achievements. After much deliberation, port and cheese the shortlist was whittled down to.

Mark Carney
Will Self
Hillary Clinton

All fine candidates I think you will agree, particularly Will Self described by Wiggia

...it was watching the opening credits (before switching over) of QT that illustrated the rich pickings available by having one of the most annoying vindictive shits on the planet on the panel, Will Self, the name says it all.
Yes he is an annoying, vindictive shit, but is he a dork? Ah well, someone has to win and one candidate in particular has some distinguished supporters. Sam Vega writes

The humiliatingly complete failure of his economic predictions before the Brexit vote mark him out as a fool of the first order. Anyone can get things wrong. But for the person with the best data and greatest need for scientific impartiality to get it so utterly wrong is clearly an outstanding piece of work. He should have been neutral, but he was obtusely partisan. He should have been cautious, but was reckless. And then he compounded the error by not saying sorry, and this week blatted on with a series of breezy predictions about a "lost decade". So either an incompetent overpaid clown, or a venal placeman.

This standpoint is ably supported by eminent blogger Demetrius.

We have been told, no less, by the Guv' of the Bank of England, Calamity Carney, that the last decade's since 2006 missing growth and messy economics is the worst since the 1860's. Oh really?

First, before making comparisons, ensure what is being compared is comparable. Second, make sure that you do not stick to narrow estimates of figures within complex political and economic structures. Third, what the figures say and what was actually going on may raise other cogent questions.

Is he saying, for example, that the periods of 1910-1920 and 1940-1950 were far superior because no doubt of high levels of QE, government spending etc and economic activity? I have little doubt that those alive then might have cause to disagree.

So Carney has it for reasons listed by Sam and Demetrius. In his position he really should know better. Unfortunately this well-merited award entitles Mr Carney to present himself as Dk Mark Carney. In some quarters it might be mistaken for an academic qualification.

Not quite a perfect fit for Carney, as other definitions come to mind !, but he is certainly in that small but growing group that fully deserve the accolade, for instance Cameron managed to fulfill the inept part better than anyone regards his Brexit negotiations, and Will Self fits the description to a tee but is of no real consequence so slides down the ladder.

Political section: - Tim Farron for the most fatuous and stupid statements ever heard on the wireless.

BBC section: - Just about all of them, so probably cardboard cutouts for prizes.

Acting section: - That minor actor who decided to go back to Port Talbot to become an 'activist'. (Can't remember his name).

All - as Scrobs suggests, a list of section winners might be more appropriate. There are too many for a single winner. Maybe next year.