A few years ago, we walked the Cumbria Way with a group of friends. We covered eighty five miles over six days and on returning home I found I'd gained six pounds in weight. How do you walk eighty five miles and gain six pounds? Well maybe one way is to begin each day with a breakfast like this. This was Keswick as I recall. 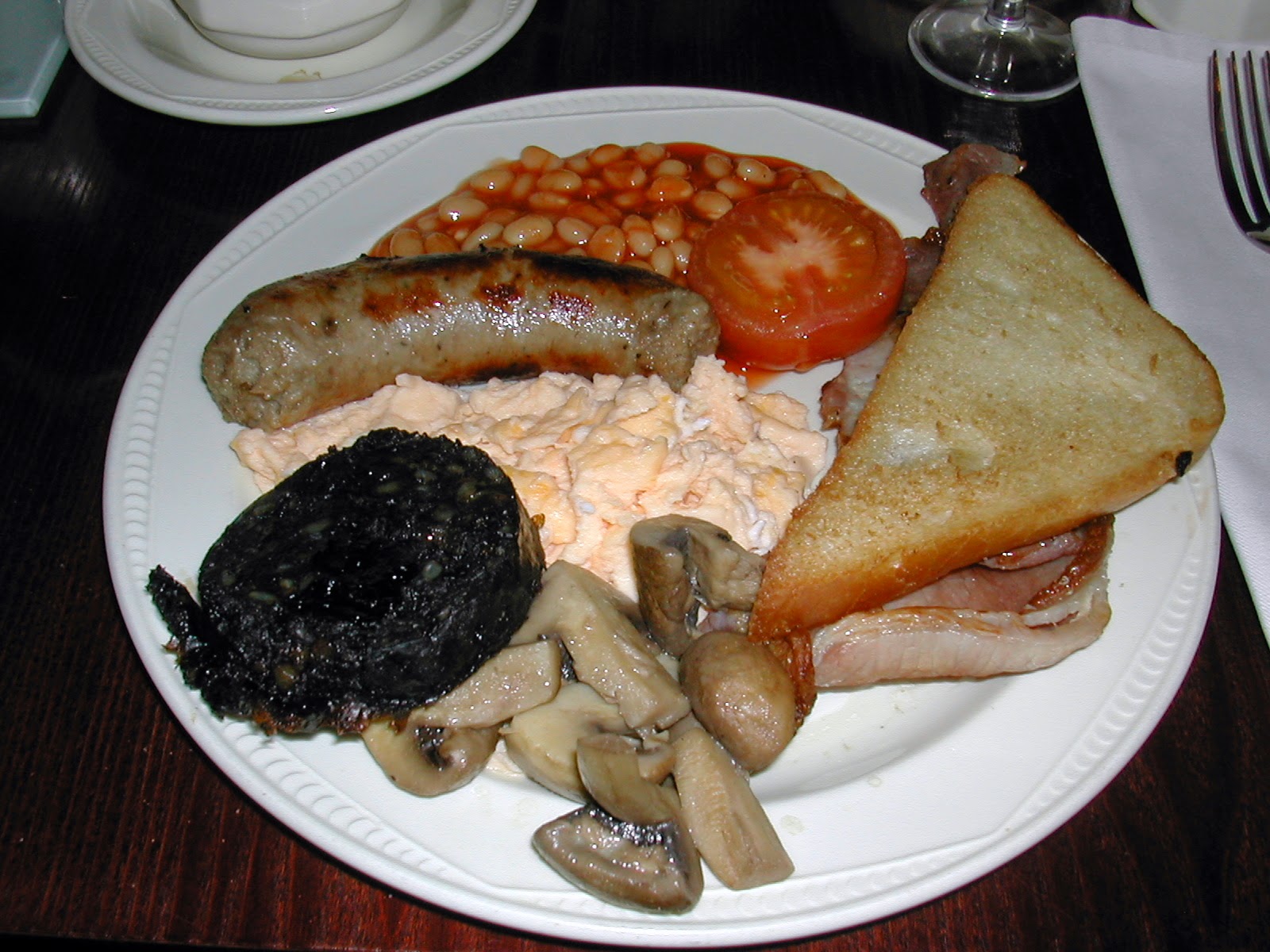 The extra pounds soon disappeared once we'd returned home because although I like my food, I dislike overeating, the bloated feeling that comes afterwards.

I was reminded of this by a No Tricks Zone post The Greatest Nutritional And Pharmaceutical Swindle Of All Time…High Grain, Low Fat Diets Are Killing Us By The Millions.

There are two videos in the post, the first being an interview with Dr William Davis, author of the book Wheat Belly. From the Amazon book description:-

Every day, over 200 million Americans consume food products made of wheat. As a result, over 100 million of them experience some form of adverse health effect, ranging from minor rashes and high blood sugar to the unattractive stomach bulges that preventive cardiologist William Davis calls "wheat bellies." According to Davis, that excess fat has nothing to do with gluttony, sloth, or too much butter: It's due to the whole grain wraps we eat for lunch. After witnessing over 2,000 patients regain their health after giving up wheat, Davis reached the disturbing conclusion that wheat is the single largest contributor to the nationwide obesity epidemic - and its elimination is key to dramatic weight loss and optimal health.

There isn't a huge amount of wheat in that Keswick breakfast, but I followed it by toast and marmalade, so lots of wheat and sugar. Is wheat so damaging, or is it all those cheap calories it delivers?

After all, if we move to any reasonably balanced diet which calorie for calorie is more expensive, wouldn't we tend to reduce our calorie intake? Would that generate similar health benefits?
Posted by A K Haart at 19:48

Email ThisBlogThis!Share to TwitterShare to FacebookShare to Pinterest
Labels: health

Interesting. For me the photograph is the winner by a country mile!!
I remember a long time ago the author Harold Robbins was being interviewed, coincidentally with the start of the jogging craze, and was asked what exercising he did. He replied that the only exercise he took was going to the funerals of friends who used to exercise.

Personally, I would like rather more black pudding. But a decent plate, it would last well until elevenses.

Mac - even so, I think exercise is good for you, especially walking. Whether or not it leads to a longer life I'm not so sure.

Demetrius - I could eat a whole plateful of black pudding.